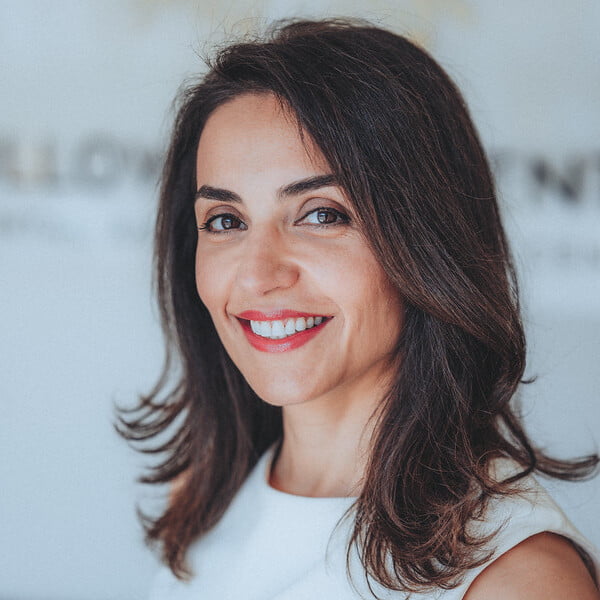 Farnoosh is a highly accomplished, skilled and caring dentist. She has a keen eye for detail and achieves excellent cosmetic outcomes for her patients. With her professional and welcoming approach, she puts both adults and children at ease and enjoys giving her patients the confidence of a bright and healthy smile.

Farnoosh qualified from the renowned Dental School of Guy’s, King’s and St Thomas’ London in 2002. She was the winner of the acclaimed Saunders Scholarship that is awarded to the candidate with the best clinical work during undergraduate training. She was also the winner of the Vocational Training Prize for her high standards of clinical outcomes in her post-graduate training.

With an interest in continuing her professional development and staying at the top of the dental profession, Farnoosh undertook further training in Dental Departments of several UK Hospitals gaining extensive experience in a number of dental specialist areas. She is, therefore, able to bring a wider breadth of knowledge and skills into General Dental Practice which includes Cosmetic Dentistry, Restorative Dentistry (complex restorations, crowns and bridges, implants), Paediatric Dentistry, Oral and Maxillofacial Surgery and oral medicine.

Farnoosh gained admission by examination to become a Member of the Faculty of Dental Surgeons of the Royal College of Surgeons of England in 2006 and continued to be involved in academic dentistry as a Clinical Teacher at Kings College University of London.

She is a certified Invisalign clinician and experienced in injectable facial cosmetic treatments enabling her to enhance and rejuvenate her patients’ facial features as well as their smiles. 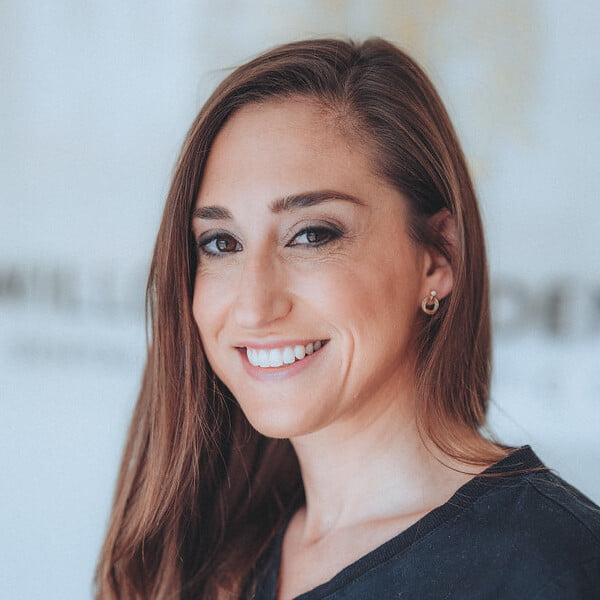 Jill is an exceptionally qualified specialist orthodontist who cares passionately about her job and patients and received first-class training in Germany and the UK.

Winner of Best Orthodontic & Restorative Team in the U.K at the Aesthetic Dentistry Awards 2021.

Following this, she carried out her 3-year full-time specialist orthodontic training programme in Dormagen (Germany), University of Cambridge and King’s College London.

Since qualifying as a specialist orthodontist, Jill has been practising as a specialist clinical teacher in the Orthodontic Department at Guy’s and St. Thomas’ Hospital, London, as well as in private practice in the Harley Street district of London. 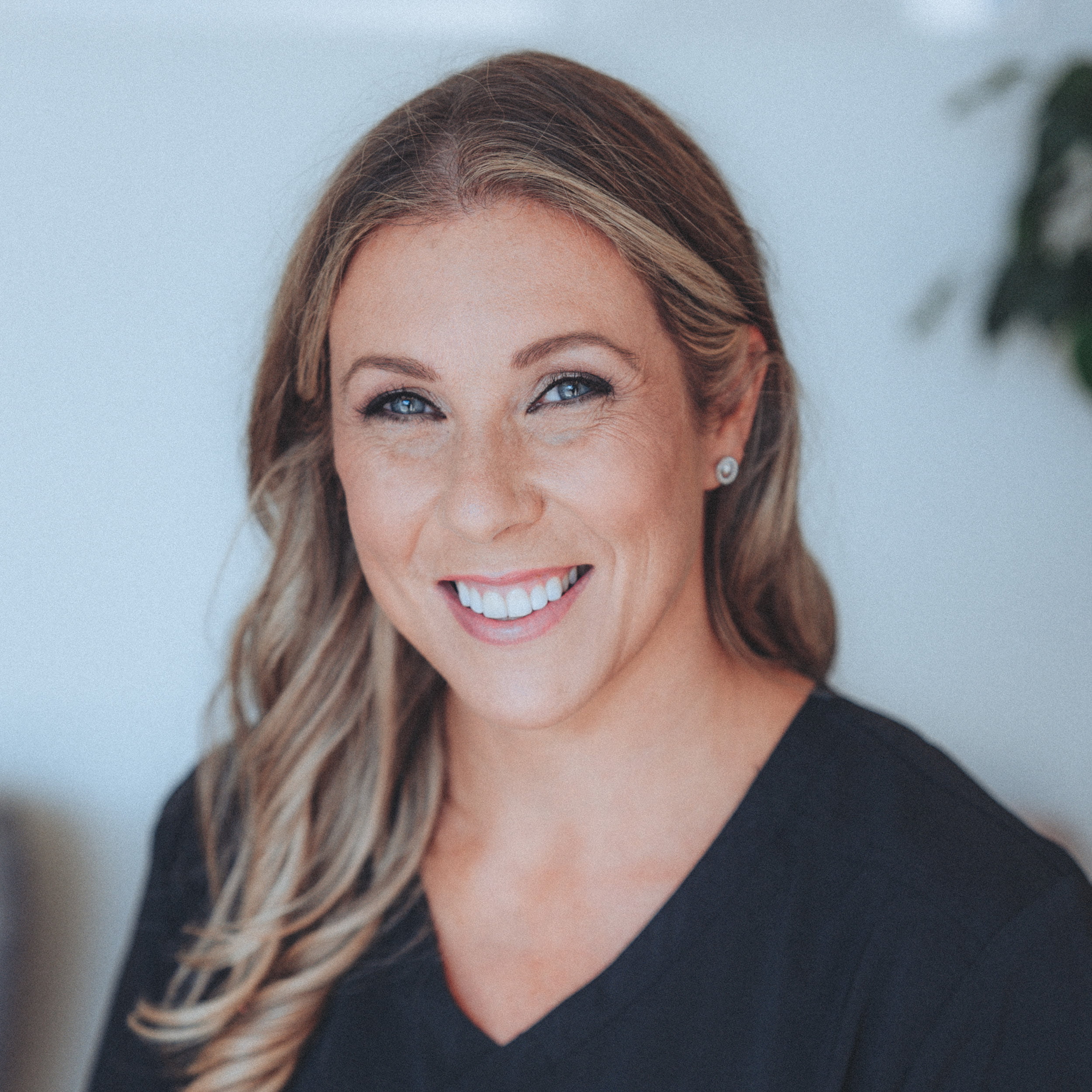 Peta is a multi award-winning general and restorative dentist who most recently won Best Orthodontic & Restorative Team in the U.K at the Aesthetic Dentistry Awards 2021.

Peta has also been a finalist in the UK Aesthetic Dentistry Awards for 3 consecutive years and won best Tooth Whitening and Highly Commended in Patient Choice in 2019! Her patients often remark on her down to earth, reassuring and positive nature.

In 2000, Peta qualified Dentist at the University of Melbourne where she won the graduate award in Orthodontics before embarking on further study of Oral and Maxillofacial Surgery after which, she spent 18 months as a volunteer dentist in Timor-Leste where she worked for the Ministry of Health, UN medical services and several Non- Government Organisations (NGO’s).

Since moving to London over 15 years ago, Peta has completed a one-year Certificate in Advanced Aesthetic Restorative Dentistry, allowing her to pursue her interest and refine her skills in Cosmetic Dentistry, Tooth Whitening and Facial Aesthetics. She is also a certified Invisalign provider, a member of the BDA and the BACD.

In 2012, Peta worked as part of the Olympic Medical Team for the Rowing and Canoe Sprint athletes.

Peta’s tooth whitening expertise has been sought after for several years and she has appeared in the following publications Cosmopolitan, Grazia, Harper’s Bazaar, Hello Magazine, Good Housekeeping, Tatler, The Telegraph, Sunday Express and Ideal magazine to name a few! 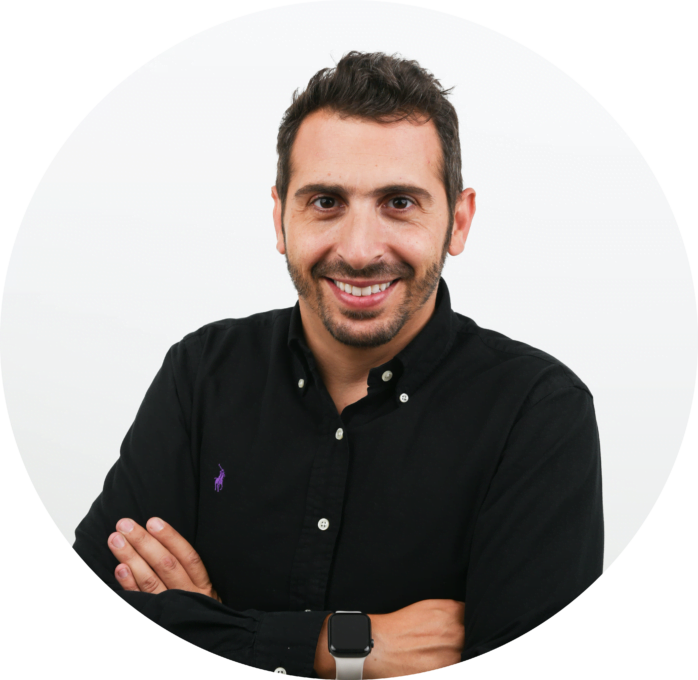 Petros comes from a family with great tradition in dentistry. Following the family tradition, he succeeded with honours in the Dental School (Athens, Greece) in 2001. Five years later he graduated and started practising dentistry privately. In 2007, he was selected for advanced specialist training in Periodontics at the world-renowned Eastman Dental Institute, University College London, which he passed with distinctions.

In 2009 he was appointed as a part-time Honorary Clinical Assistant in Periodontology at the Eastman. Following the successful completion of his Master in Clinical Periodontology and dental implants, in 2010 he was awarded a Certificate in Periodontology by the European Federation. He is registered with the General Dental Council as Specialist in Periodontics. His practice is limited to Periodontics, Implant Dentistry and full mouth rehabilitations. He is also mentoring young dentists and periodontists and he has done research focusing on bone regeneration.
Petros has extensive experience with treatment of advanced gum disease with expertise on non-surgical and surgical treatment of periodontal disease, including conventional and regenerative periodontal surgery using the most advanced, scientifically tested and safe bio-materials.

He has also a special interest in digital dentistry, cosmetic gum surgery, periodontal plastic surgery, improving the smile, and in dental implants alone or in combination with guided bone regeneration. He has experience with most dental implant systems available in the market.

He provides periodontal and implant treatment based on the most advanced evidence-based approach.

Finally, he is a member of the BDA, British Societies of Periodontology and International Team of Implantology. 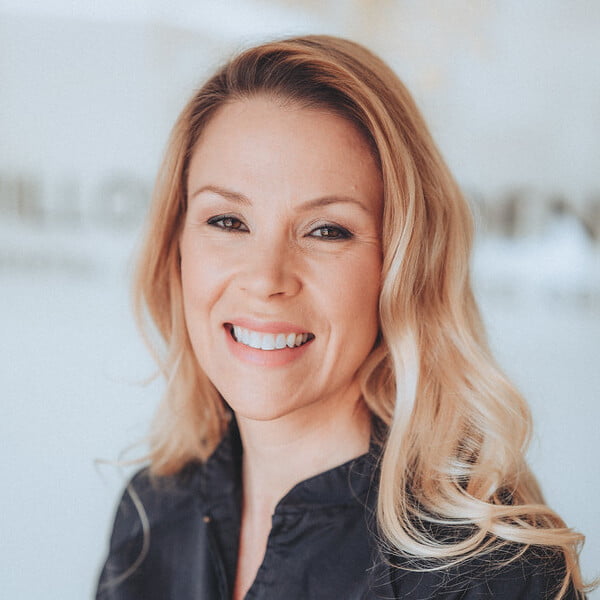 Maria Nirlen graduated in 2000 with a Diploma in Dental Hygiene from Umeå University Sweden and started her career in Stockholm. She worked for one of Sweden's biggest private Dental companies 'Oral Care AB' giving her a broad experience within dentistry and is a member of the British Society of Dental Hygiene and Therapy (BSDHT).

Maria Nirlen relocated to London in 2008, since then she has worked for some prestigious central London dental practices.

She is genuinely passionate about her job, with a keen interest in the prevention of both periodontal disease and dental caries. She is also highly qualified and experienced in both in-house and at-home teeth whitening.

She continuously strives to excel and develop in her profession by attending a variety of courses.

Maria is very attentive, gentle and thorough with her patients, which she always put first. She strongly believes that providing clinical therapeutic educational services will present a guideline to life-long healthy teeth.  It’s important for her to find her patients’ motivation and understanding in a relaxed and caring environment; to achieve a successful treatment outcome together.

Privately, Maria has a passion for health, nutrition and fitness. She enjoys gourmet cooking, skiing, competing in triathlons and she is currently spending a lot of time with her family.

Kate qualified from Birmingham University in 2003 and her early experience working in maxillofacial and orthognathic surgeries across Yorkshire grew her knowledge hugely when dealing with implant and orthodontic surgical patients.

Since moving down to London in 2007 she has worked at elite specialised practices in the city. Kate has enhanced her understanding of periodontic procedures, implantology and new orthodontic methods alongside her mindful and expert treatment across all ages and backgrounds.

She revels in a team environment and liaises closely with colleagues to build long and rewarding relationships with patients. 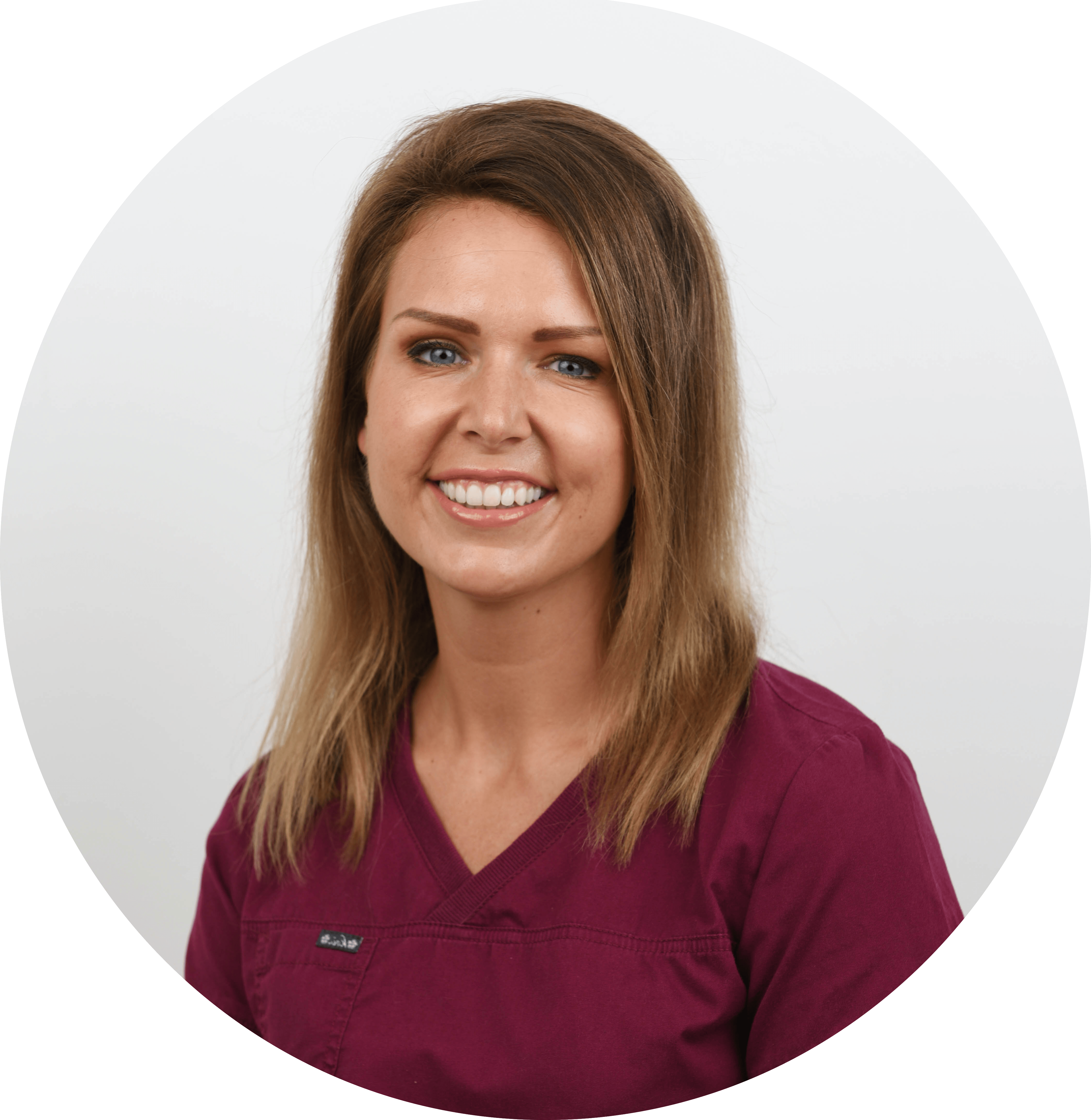 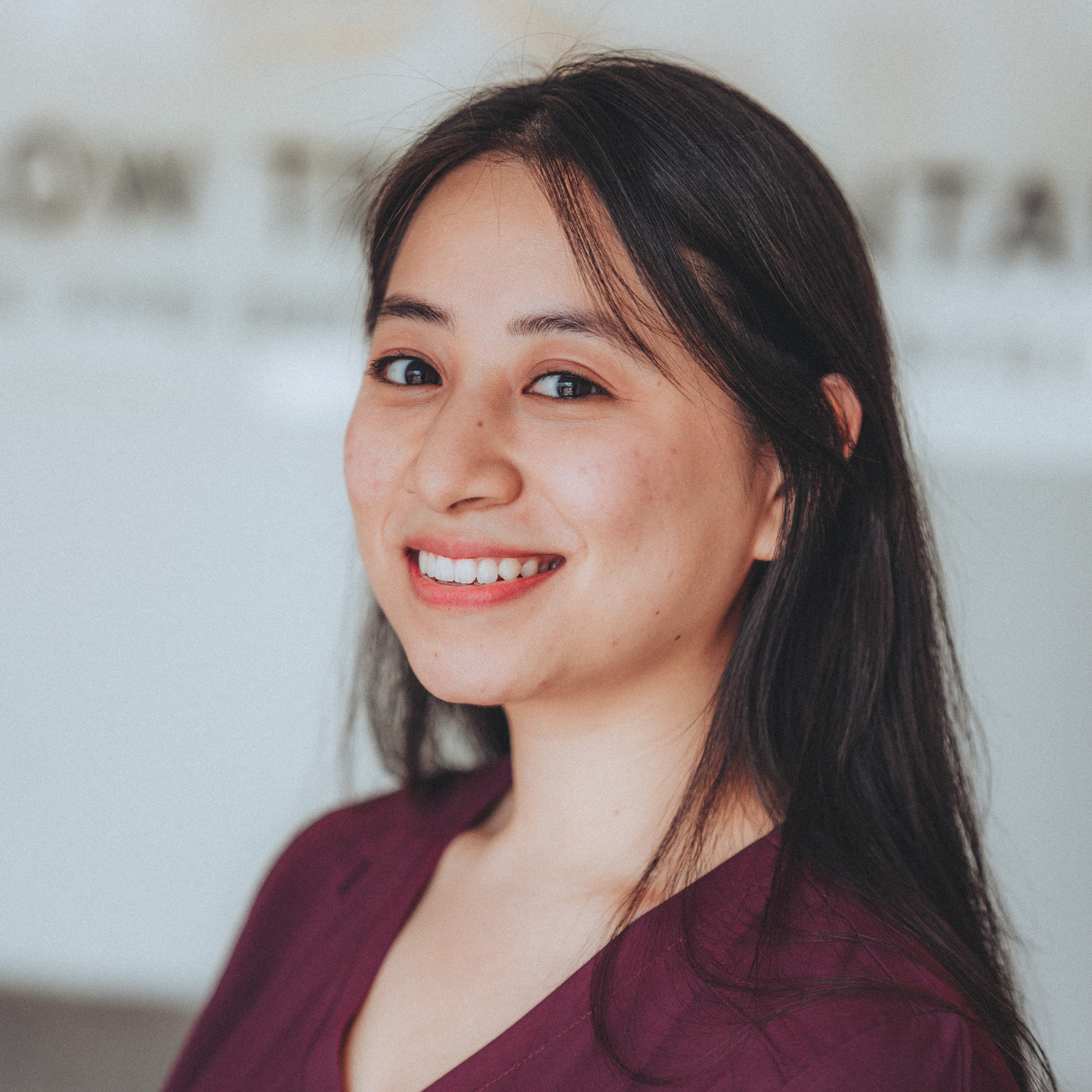 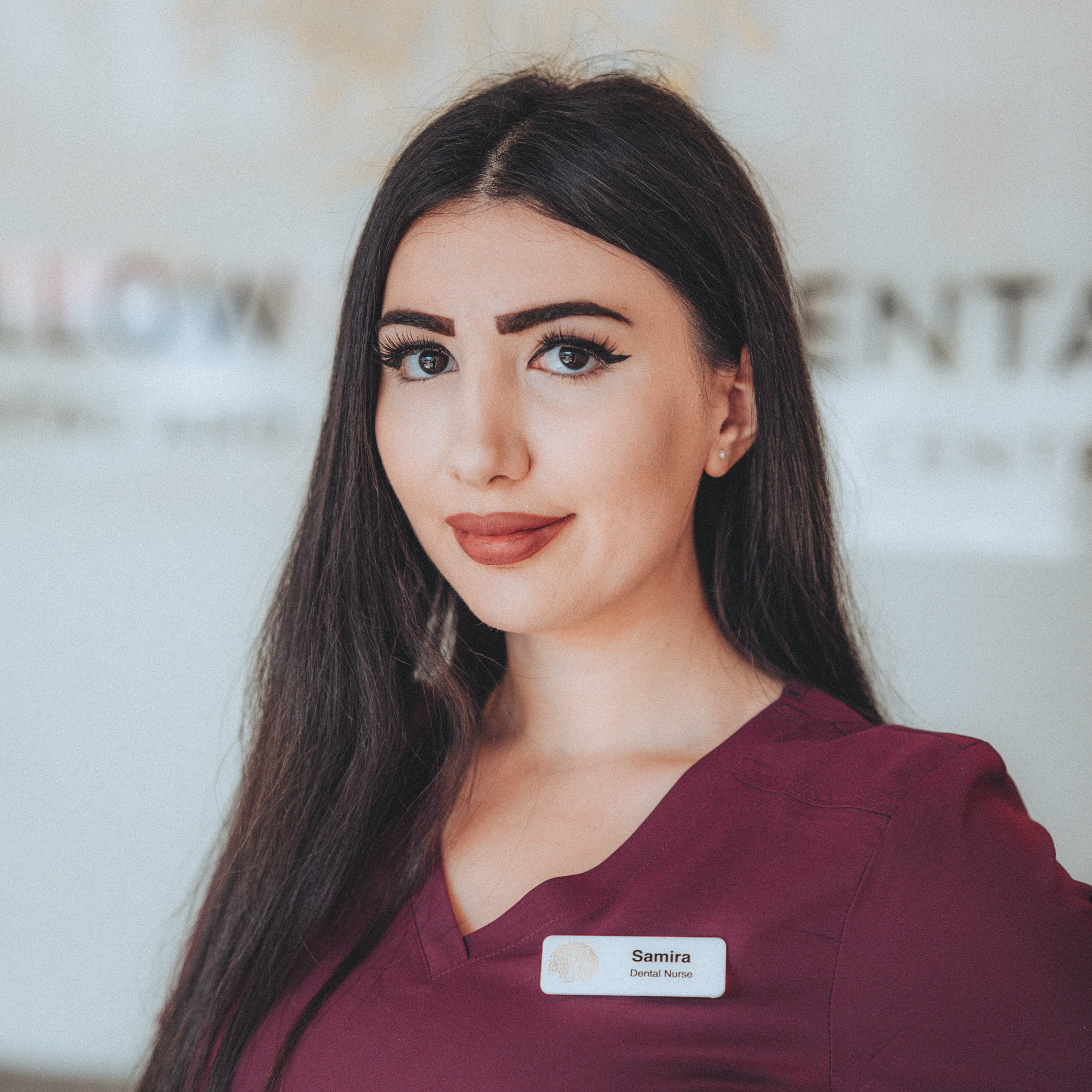 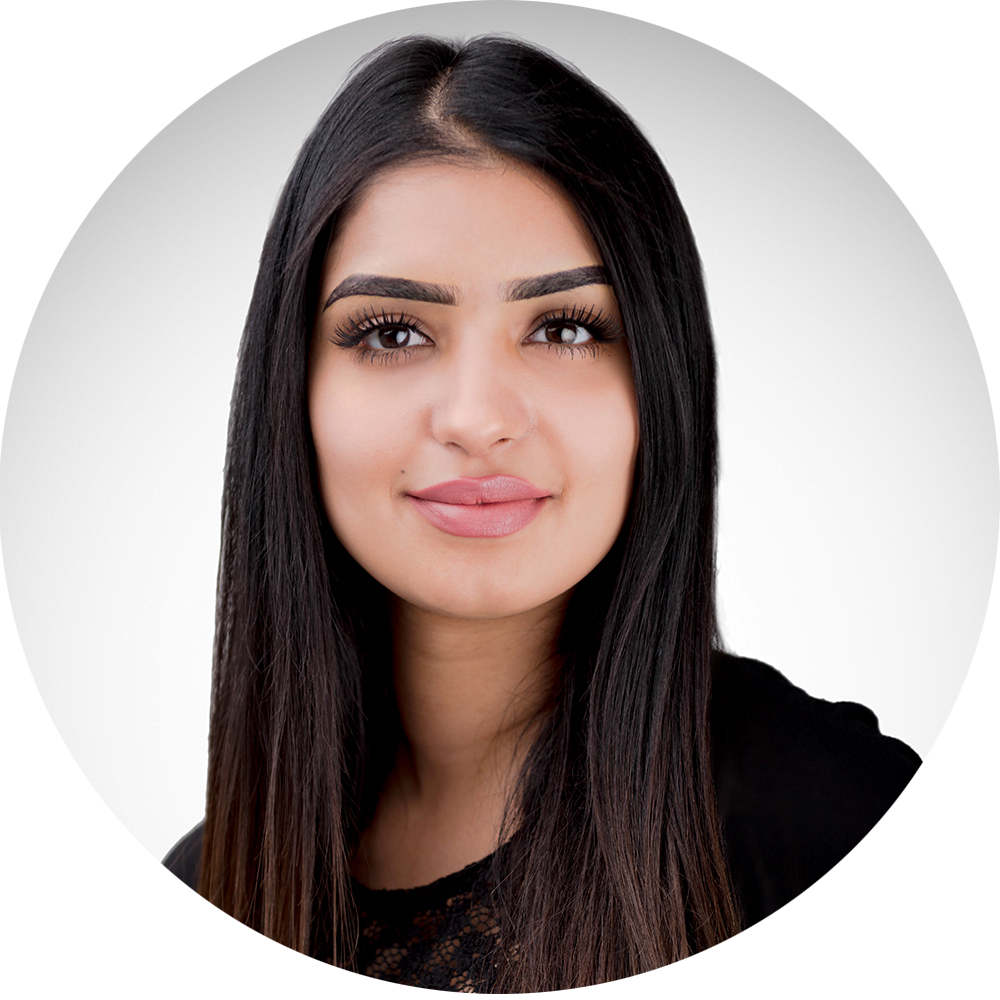 Sazin is also a qualified dental nurse with a wealth of dental knowledge, which enables her to provide proficient and educated treatment explanations and advice.

Sazin decided to move from dental nursing to front of house as she has a passion for patient care. She believes her comforting and reassuring manner is better placed in this patient-focused, customer service role.